Orvibo S20 WIFI switch
So the APP is not what you would call user friendly - but I did finally figure out how to get this to setup, and after I got it - it sort of made since.

Setup is somewhat like how the Spark Core WIFI microcontroller is set up.

I took it apart just to see what was inside....I don't see anything that looks like a WIFI chip, but that maybe on the underside of the board, that I couldn't get to easy.

On the underside of the board you can clearly see a small transformer and some filtering caps.
There might be an IC there too can't tell for sure, but I think this is just a power board to get 5V to the relay and microcontroller.

There is a push button switch, and led - Holding the push button in sets the unit into Access Point Mode, but beyond that I can't tell you much more.

The Chinese instructions say this is an on/off switch - but I don't know about that either.

Speaking of the APP - once it's setup the app is really basic, it gives you a button (that looks like a power button) to turn it on and off
no real "automation" control that I saw - but the manual says it is there.  Again, not an overly friendly APP.

To me it looks like the terminals are just soldered in place, and while someone would need to change the bezels out - it looks like they could be easy to remove and put American standard connections on it.

Maybe a drimel tool and a little work and reform the bezel.

The centre terminal (ground/neutral) doesn't look like it's connected to anything at all - and probably a clear violation of the safety codes.

Anyways, over all does what it claims and did connect after some trail and error.

Below are the pictures of it's inside﻿ 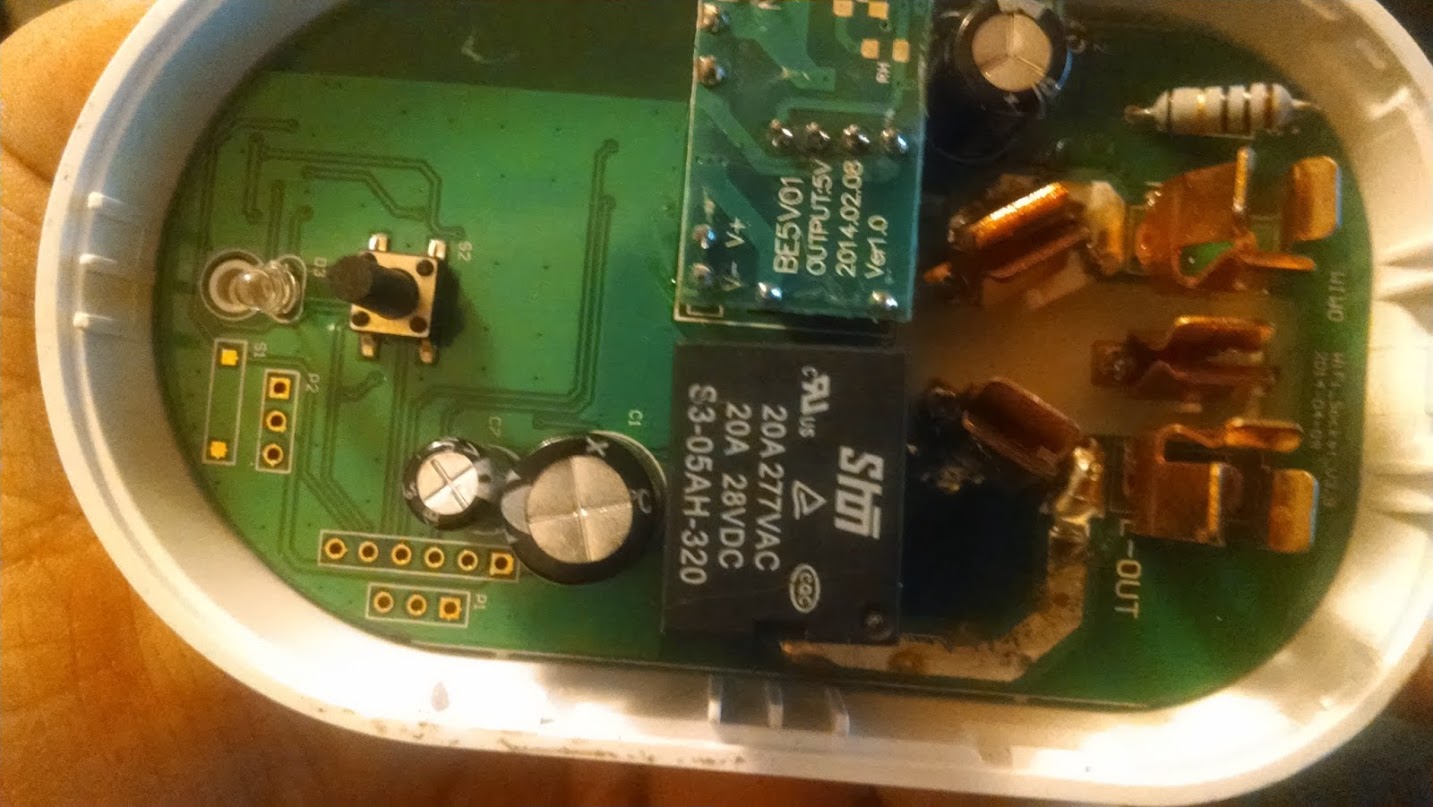 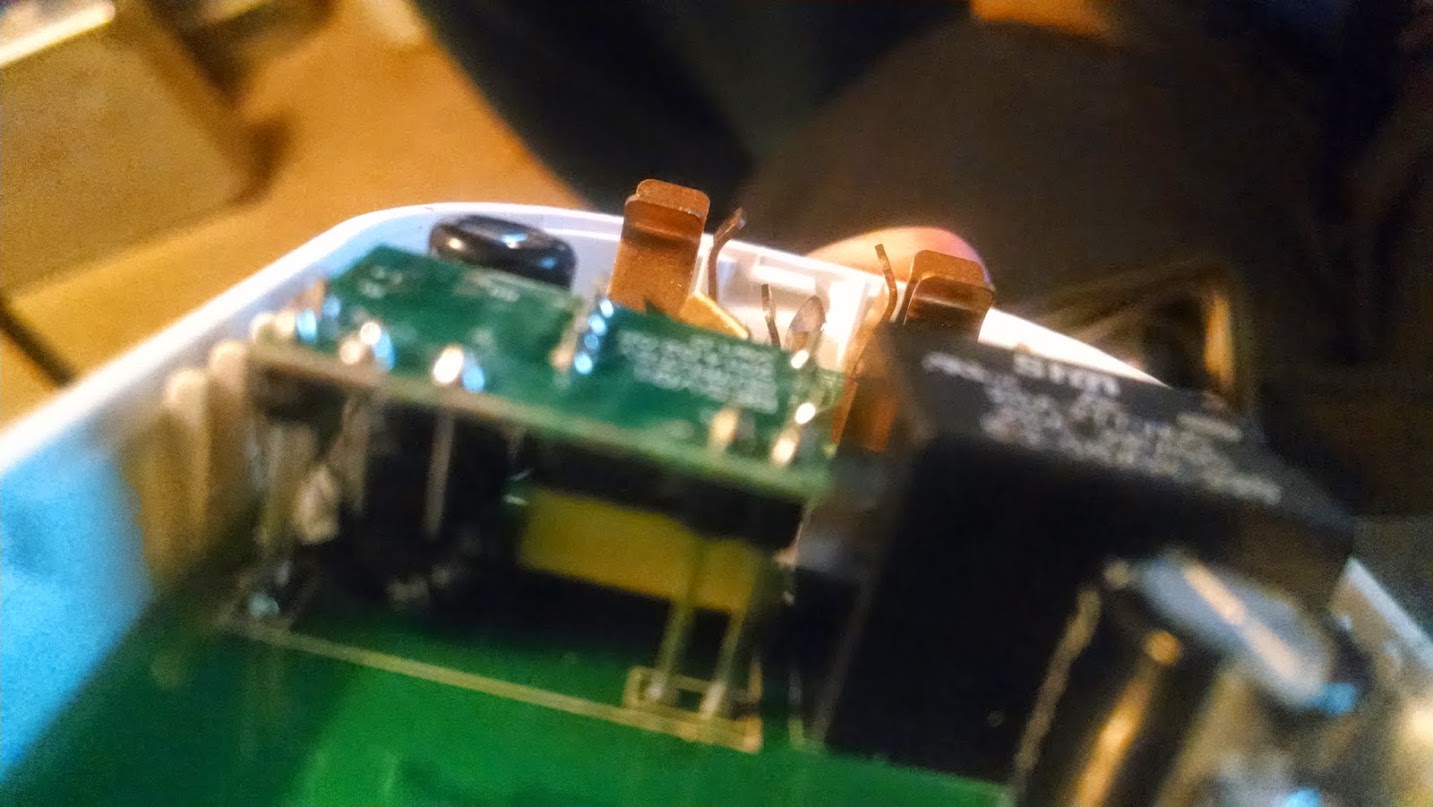 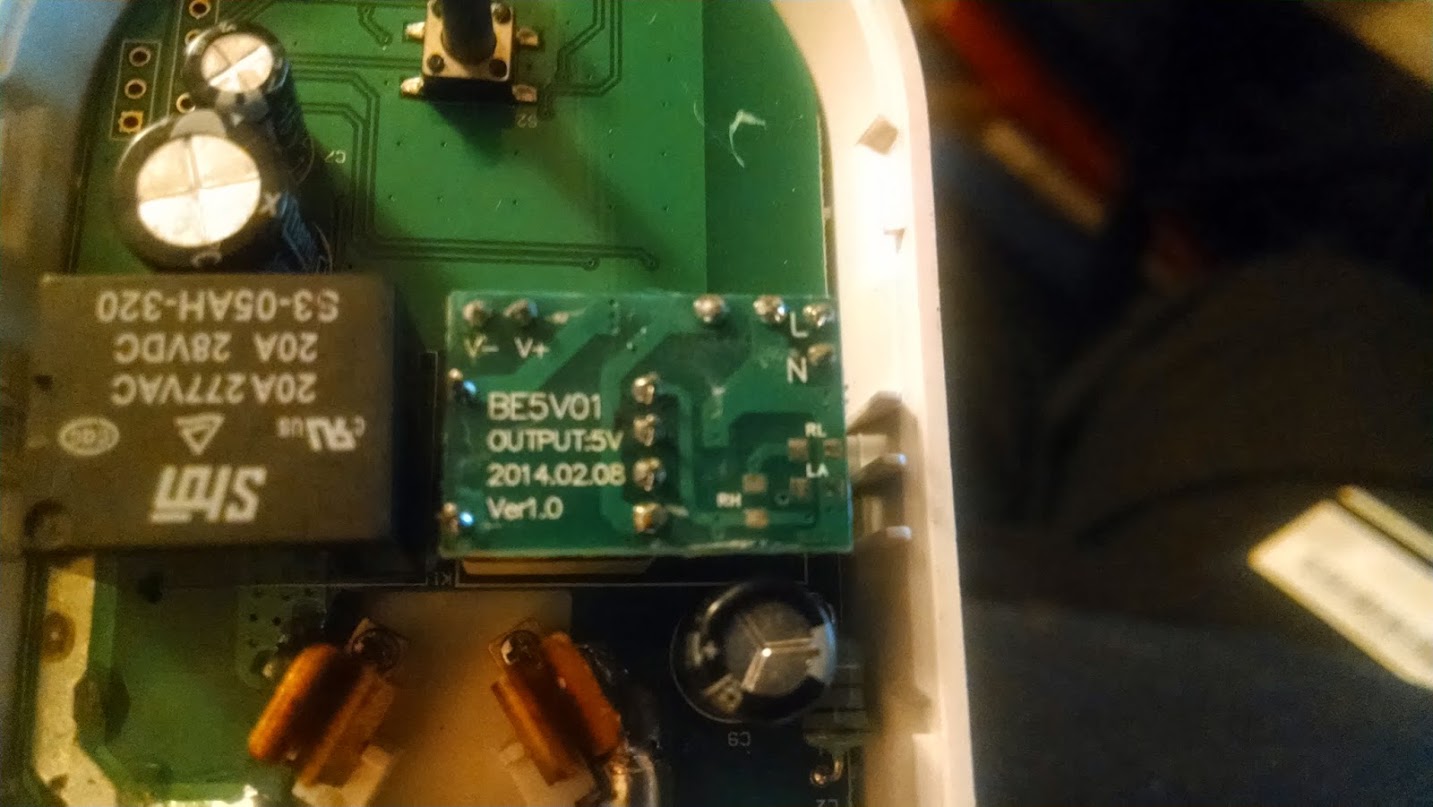 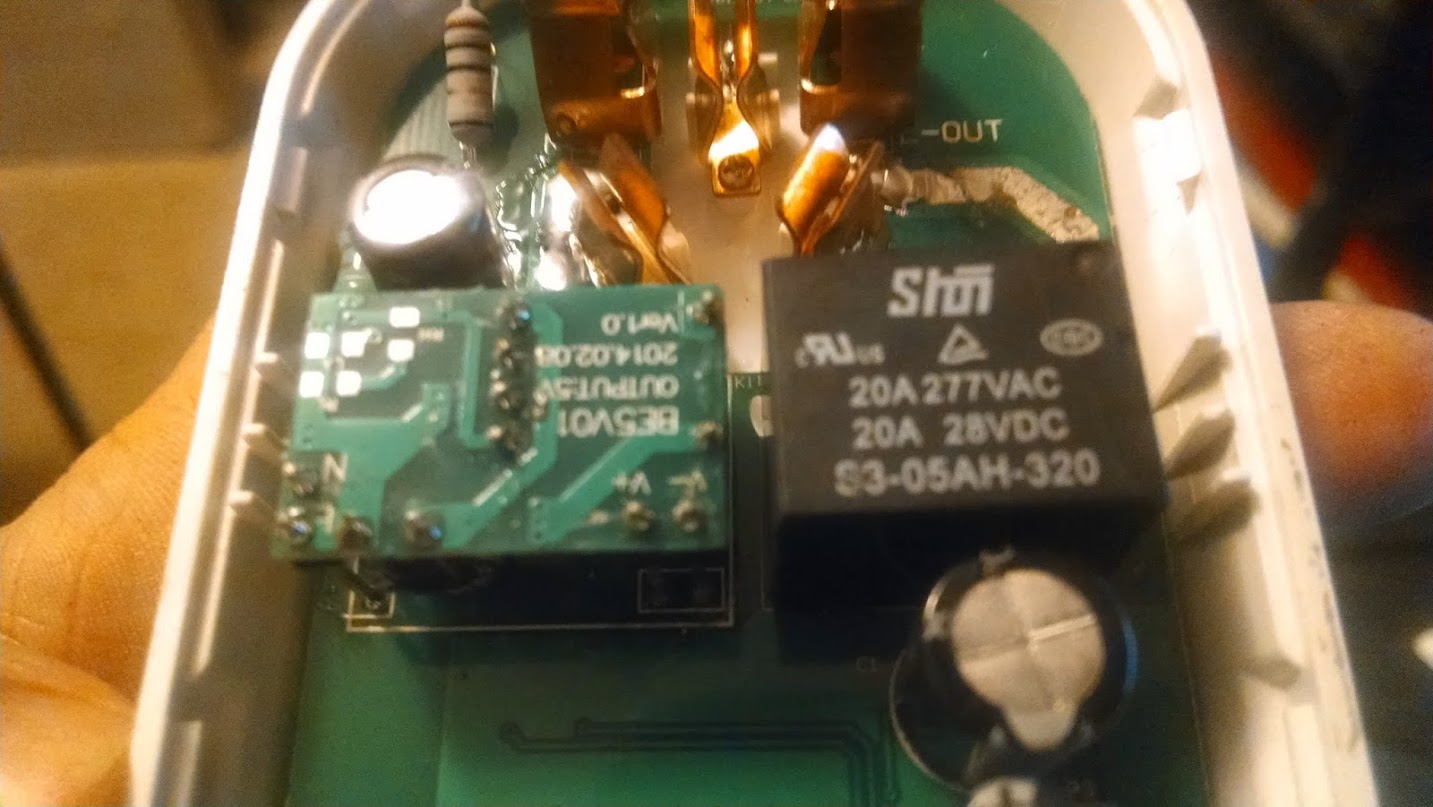