My final project for the week was to use a 4x4 keypad matrix, and a rotary encoder with switch. 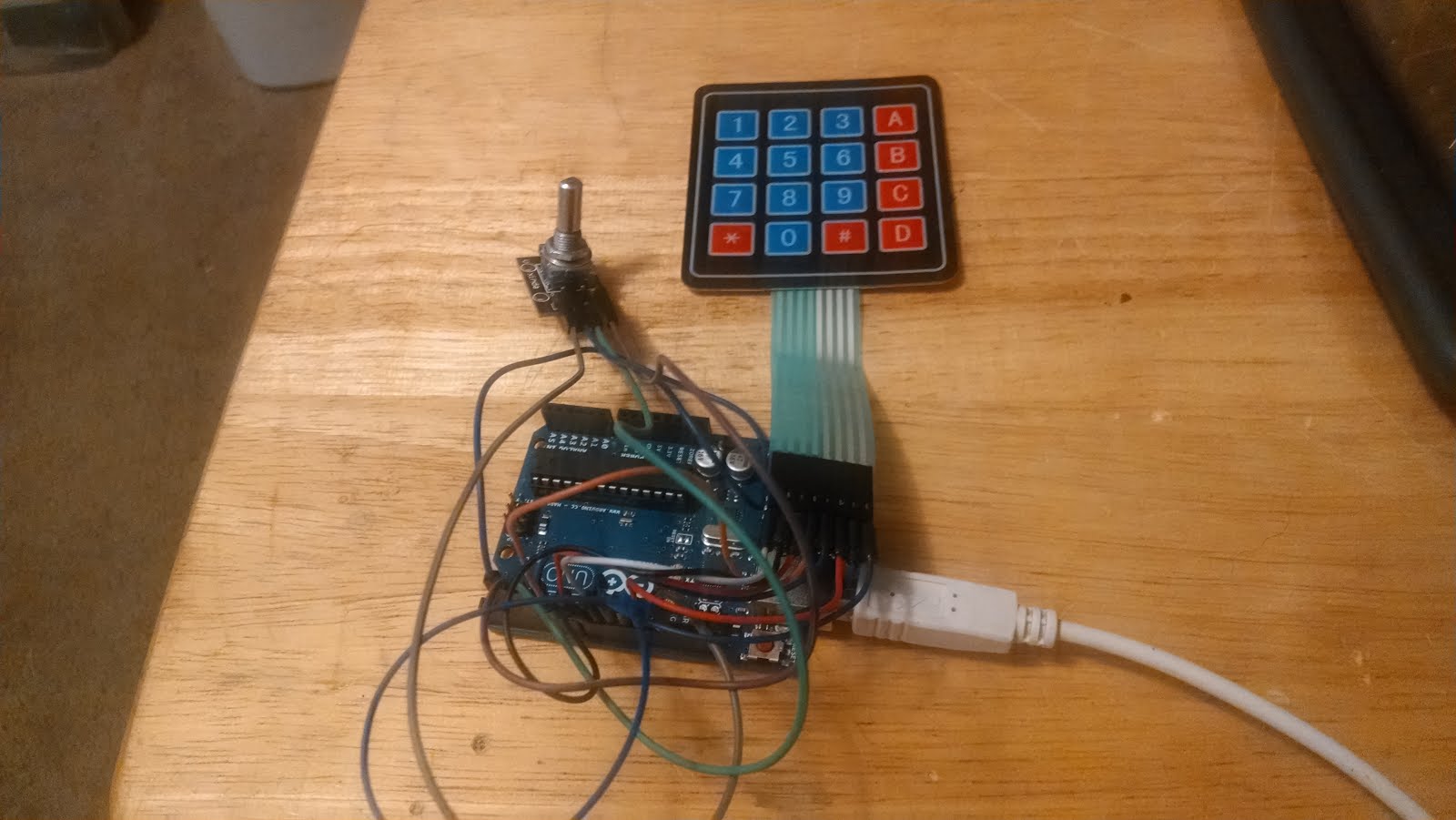 The 4x4 16 Key matrix is pretty easy to use, it does take 8 I/O lines, but works well, and the code to make it work is pretty small.  A lot of information about it can be found here:
https://sites.google.com/site/arduinomega2560projects/home/level-2/4x4-matrix-16-key-membrane
I did end up modifying the code slightly,  They were using a Mega, but I think the code would have needed to be modified slightly even if they had hooked up a UNO. 1st they used Pin 13 twice (one time to turn on/off the LED, and again they used it to read the keypad, this of course didn’t work). SO I ended up moving the line from pin 13 to pin 5.  Next thing it’s not as clear as it could be which pins on the keypad to hook to which pins on the arduino.
I am going to use his picture and try to explain it a bit better:

This setup seems to work with the (modified) sketch and library found on the website.
My other modifications were an addition of pinMode(13, OUTPUT); to set the Led, the * and # on the keypad will turn on and off the LED, this seemed to be a needed change with the way the sketch was written.
The sketch setups an array with the numbers and letters in the “correct” locations, as you push a button it reads the ROWs and COLs and then using the array it outputs the number or letter.

Above is my modified code. 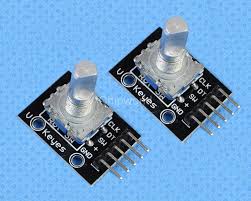 As you can see in this picture it’s pins are labeled,
2 of the labels ended up making since:
GND - Ground & SW - is the Switch (Pin 4 on the Arduino)

The rotary encoder Jim got has a switch, so I used the code for that section.
One line of code did need to be changed, In void loop() the if(digitalRead(encoderSwitchPin2).... should just be (encoderSwitchPin)... That was the only error I found in the code.


The above code has been modified.
My next step was to make both the Keypad & the Rotary Encoder work together, I combined the code from both, made a couple of small changes to how the rotary encoder worked, you now can change the rotary switches, but the changes are not displayed until you push the switch button.  The keypad will work with out the button being pushed, and the LED on pin 13 will turn on and off with the use of * and # keys.

This is what I came up with:

So there you have it, a whole week of Binary and BCD!
Posted by LeRoy Miller at 9:53 PM