Got my Red/Cyan 3D glasses today, not what I was expecting, but, good enough to play with, and watch some videos, and verify that my machine can play in the 3D world :-)

So, I did a little playing around myself in making some 3D pictures, most of these turned out really good, some work better then others, some you need to back away from the monitor to really get the right effect, others it doesn't seem to matter about distance, and others you need to be sitting a "normal" distance from the monitor.

I did these using GIMP, Ubuntu 10.10, a Fuji Digital Camera, it's a very simple process, There are many youtube videos on the subject of how to create them. here are the two I watched,
http://www.youtube.com/watch?v=AO8g3h5cmVw (Part 1)
http://www.youtube.com/watch?v=3BnWJwiXsHY&NR=1 (Part 2) (I did a couple of shortcuts that I know of in GIMP that he didn't use, but for the most part what I did is what he did)
I also, in my mind said -> I will take the right picture 1st, and the left picture 2nd -> SO I didn't rename the pictures.

You need a plug-in for GIMP, He gives it too you, but here it is again,
http://registry.gimp.org/node/6527
After you download the anaglyph script from the gimp website, you need to copy that too the gimp script directory. (IN terminal, make sure you are in the directory you downloaded the script too)
and type:
sudo mv script-fu-make-anaglyph.scm -t /usr/share/gimp/2.0/scripts/

Here are my pictures you will need RED/CYAN glasses to see these:

The 1st three pictures are of my wifes stuffed bear collection, these turned out really well,
I was quite surprised on a couple of them how much depth you could see. 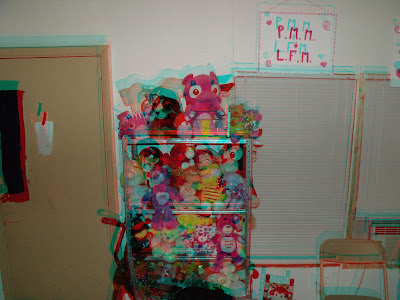 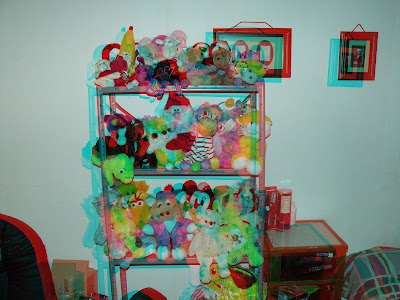 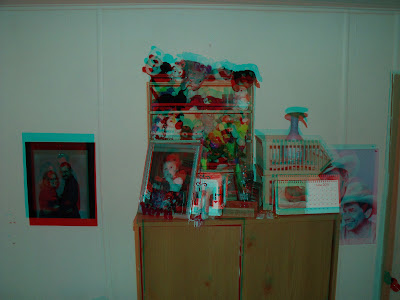 The next two pictures I decided I wanted to try and see how trees would turn out, They are ok, but not as good as I had hoped. The one with the small tree in the front I believe to be the better of the two pictures, but both do show off some 3D 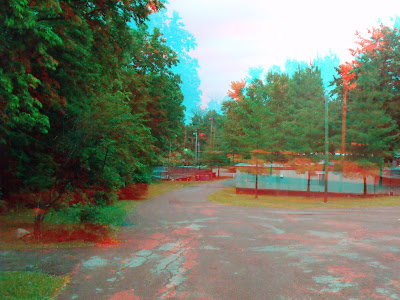 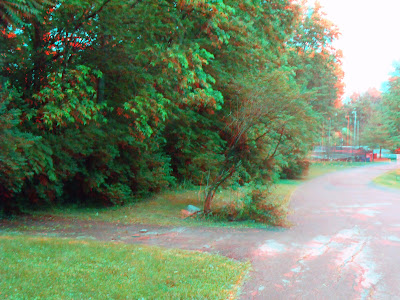 Before I went out, I decided I need to see if I could make a person 3D :-) This is my wife. These pictures seem to work best if you are far from the monitor. 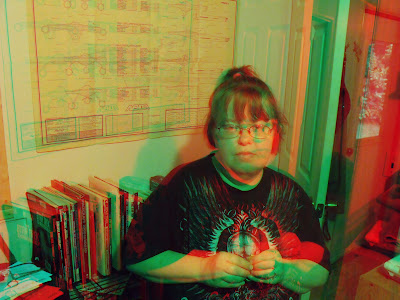 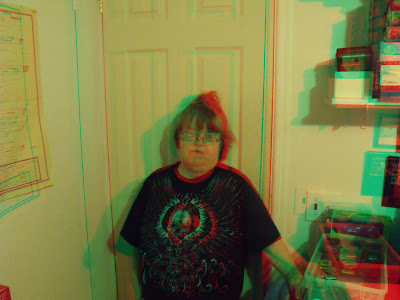 While I was outside, I thought, hey, there is my van...I need to get that in 3D LOL, one works best up close to the monitor the other it didn't seem to make a difference.. I am not sure what I did with the one, but the red/cyan are almost on top of each other, if you look at it without the glasses you can see distortion (the picture looks blurry) I think that is why you need to be on top of the monitor to see the 3D, now it works really well if you are in the right spot :-) 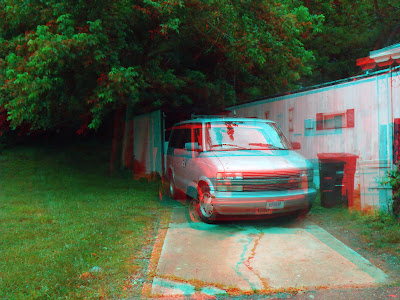 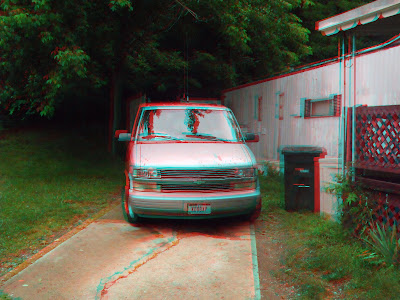 The last picture, is actually my first try at this, it's just my wall with my Star Trek games on it...look at this one from far away, and move your head around, it will follow you! 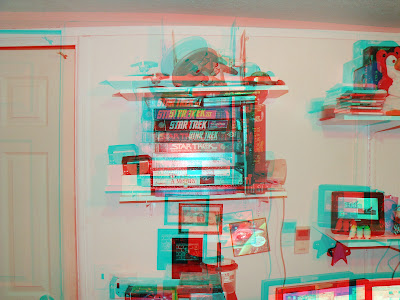