Generic 2.2” TFT Screen w/buttons and IR INFORMATION
Or What I learned about the Chinese TFT Screens for Raspberry PI 2 and 3

1st Here is the screen I bought from eBay: 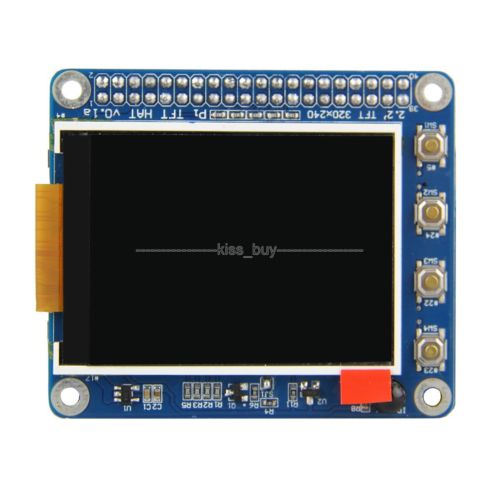 The key to this display appears to be the fact that it has IR on it. Once I searched “w/IR” I was able to find the same display being sold by Sunfounder (for a liTTYe bit more then you can find on eBay).

Sunfounder provides a Raspberry PI Image and a/or a Python script for setting up the LCD.
(Plus information on how to get the buttons working/IR working)
http://wiki.sunfounder.cc/index.php?title=2.2_Inch_TFT_Screen_Display_Extension_Board

Their image is based on Raspbian Jessie, and the current OS is Raspbian Pixie
So If you already have a working install (which I did) use the python script to add the needed files and information to your install.
https://s3.amazonaws.com/sunfounder/Raspberry/images/2.2LCD-Show/pitft_setup.tar.gz

1st thing I learned even the instructions are not quite right. You need to run the python script from the CLI (command line), and as ROOT (sudo).

I answered all the question with the default entries or “y” for yes.

The system rebooted, and the screen (after a liTTYe while) did start to display, and even displayed the “X” server (Thou, my screen is a liTTYe small to use the GUI effectively).

What was a disappoint was it shut the HDMI off and I didn’t get a GUI on it.
But by hitting “CTRL-ALT-F2”, “CTRL-ALT-F4”, and “CTRL-ALT-F6” I was able to get to the command line.

*It was at this point I shutdown the system, unplugged the display, and hoped that it would switch back to HDMI - it did not *
I was still able to get to TTY2,TTY4 and TTY6 - so I could fix the issue from the command line.

Once again I started to google the problem - and once again I can across many people who had the same problem, and a dozen different answers.

Finally I came across this post on Stackexchange
https://raspberrypi.stackexchange.com/questions/2169/how-do-i-force-the-raspberry-pi-to-turn-on-hdmi

This answer is what worked:

The file in /usr/share/X11/xorg.conf.d/ did not exist, and I had to create it.
I didn’t make any other changes or anything to any of the other config files.

Rebooted the system, and sure enough I had X running on the HDMI again.

The TFT screen did boot, but came to a blank screen with a flashing cursor.

** What I learned **
1 It seems TTY1 is on the TFT screen, but linked to X running on the HDMI (in other words what you do in that session seems to have direct effect on X)
2 TTY2, TTY4, TTY6 appear to work on the HDMI
3 “CTRL-ALT-F7” is the X screen on HDMI
4. TTY3, TTY5 appear to work on the TFT screen
5. If you try to start X from TTY1,TTY3,TTY5 the system locks up and displays a bunch of error messages.  Which is fine, X on that small screen was not great anyway.